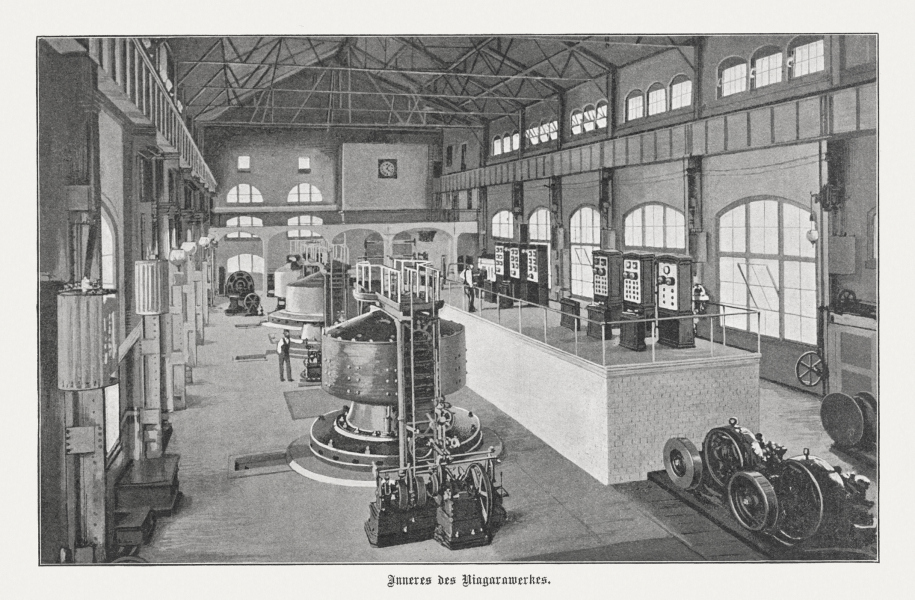 14 Historic NOTL Locations to Fall For

Fall is one of the best times of year to visit Niagara-on-the-Lake. With the changing colours, crisp fallen leaves and warm feeling of nostalgia, this season sure is one for the senses.

Speaking of nostalgia, Niagara-on-the-Lake boasts a rich history that’s just waiting to be explored. There’s a reason Niagara realtors love this spot. With gelato shops, cafes, restaurants, and wine tours, everywhere you turn, Niagara-on-the-Lake realty listings are fast to go when they pop up on the market. Whether you’re looking to buy or coming to explore, why not take a blast through the past this autumn with a visit to some of these sites?

When it comes to historic Niagara-on-the-Lake, there’s nothing we love more than exploring the town. Even long-term residents find that there’s always more to explore. The city’s historic background and picturesque scenery are just some of the reasons that we’re always on the lookout for new Niagara-on-the-Lake real estate listings for you to see. So, whether you’re looking to move to Niagara-on-the-Lake, or you’re excited to spend an afternoon here, take a look at what some of our favourite spots have to offer.

During the war of 1812, this site was the major fort for the British army. The Battle of Queenston Heights destroyed the fort as it was captured by the Americans, but it was later recovered by the British.

A visit to the Fort George National Historic Site sets you amidst the pages of history. Tour the blockhouses, officers’ quarters, artificers shop and guard house. Make sure to stop by the powder magazine, the only building to have survived the Battle of Fort George.

The next historic site featured on this list was previously home to Canada’s most famous heroine, Laura Secord. Located in the charming village of Queenston, just off the picturesque Niagara Parkway, this heritage site is bursting with history. It was after all the starting point of Secord’s 32-kilometre journey to warn the British of the imminent American surprise attack during the War of 1812.

And despite having been ransacked by American soldiers during the Battle of Queenston Heights, the enchanting home has been beautifully restored for future generations to see. There are even tours led by costumed guides who share the stories of her brave adventures.

One of the oldest buildings in the Niagara Region, it’s no surprise that McFarland House is filled with an abundance of history. Built in the 19th century by Scotsman John McFarland, the home was originally used as a military hospital during the War of 1812 by both the Americans and the British.

Located in McFarland Park, you can drop by for a historic tour of the home or plan an afternoon picnic, leisurely stroll, or bike ride.

This next historic site is quite a hidden gem. Its curved entrance keeps it hidden from the thousands that pass by its gates. But for those who are lucky enough to enter, it is quite the spectacle.

The Willowbank National Historic Site of Canada is a treed estate overlooking the Niagara River and the Canada-United States border. In the centre of the five-hectare property is a mansion sporting eight hand-carved columns. The lavish home was originally built for Alexander Hamilton, the third son of the Honourable Rob Hamilton, one of the founders of Upper Canada in 1834-36.

Today it serves as an example of the types of rural estates once owned by the wealthy settlers of Upper Canada. In fact, the house is considered to be one of the finest Classical Revival buildings in all of North America. Located in the village of Queenston, the heritage site also includes a private college where students can earn a diploma in conservation skills and theory.

Whether you bask in the beauty of the 19th-century building or pop by for one of their events, make some time this fall to stop by the Willowbank Estate.

Known internationally for his historical romance ‘The Golden Dog,’ adorned author William Kirby, once resided in what is known today as the heart of Niagara-on-the-Lake.

From 1857 until his death, he lived in a stucco home, which was originally built in 1818. Today you can walk past the writer’s old home, located on Front Street. Just don’t forget to read the plaque situated out front.

On October 13, 1812, at the Battle of Queenston Heights, Six Nations and Native Allies fought and died alongside British forces and Canadian militia in defence of their life and land.

The memorial honours the sacrifices they made that day at Queenston Heights and throughout the War of 1812. It also recognizes the historic ceremony of peace and reconciliation that was held in Niagara on August 31 and September 1, 1815, which restored peace among the Native nations who fought on opposing sides.

Whether you take a stroll under the Two-Row Wampum Belt, which symbolizes the agreement between the Haudenosaunee and Europeans to co-exist on parallel paths, or gather at memory circle and take a moment to remember the contributions of the Six Nations and Native Allies who participated in the War, we highly recommend spending some time at this historic gem.

The Niagara District Court House. Well known for its neoclassic style and as the third and only surviving courthouse erected for the former Niagara District, it’s no surprise that this historic site made the list.

The historic building symbolizes the transition to large and more sophisticated civic buildings that occurred after 1850. Not only did the courthouse house a courtroom, offices, and a jail, but it also included a town hall and market. Fun fact, it was also the official county seat of the Niagara District until judicial courts moved to St. Catharines in 1862.

Designed by prominent Toronto architect, William Thomas, this distinguished three-storey building is a site to see. Although today it houses several offices, including Parks Canada and the Chamber of Commerce, you can still stop by main street to appreciate the large structure and its historical significance.

A memorial to town residents killed in the first world war, the Memorial Tower remains a beacon of hope and respect to this day. The memorial resides on the main street (Queen Street) of Niagara-on-the-Lake, prime real estate for the town’s tourist season.

The tower was voted upon by the town’s residents on June 28th of 1920, with options to build a new school, hospital, or this iconic memorial devotion. On the 3rd of June two years later, the tower was revealed. At the time, it cost $8000 to build.

This next site has had quite a historical upbringing. Over the years, Butler’s Barracks has been used in a multitude of military efforts. Prior to the great war of 1812, it was used by the British Indian Department to house several buildings including the Indian Council House, residences, and storage facilities.

Following the War of 1812, new barracks and storehouses were built and soon after, the 6-acre site was named in honour of John Butler and his Butler’s Rangers. This area later became the headquarters of British and Canadian defensive efforts in the Niagara Peninsula. It’s also been used as a summer training camp for regular and militia units.

Today the historic complex honours over 150 years of military activity. Four of the original British colonial buildings and one Canadian-built structures remain on site. Visiting this national historic site is a Niagara-on-the-Lake rite of passage, so make sure to check it out this fall.

Located in the village of Queenston, the Mackenzie Printery and Newspaper Museum provides tourists and locals alike a glimpse inside a period print shop. Have a go at the working linotype or any of the eight operating heritage presses. Just don’t forget to check out the rare Louis Roy Press. It’s the oldest printing press in Canada and one of the few original wooden presses remaining in the entire world.

Unfortunately, tours only run during the summer months, so you won’t be able to visit this fall. However, we highly recommend you make time for this local treasure next summer.

As a building restored from its original roots in 1869, entering the Niagara Apothecary is like stepping back through the pages of history. If you’re planning a visit, plan early! This location is closed for the season, but it’s worth a walk-by for the sheer history of it if you’re in Niagara-on-the-Lake to enjoy some of the other seasonal spots!

The Apothecary is the only surviving building of the Canadian Confederate era. Its authentic interior shows the mid-Victorian style of the time, preserved by the town over the years to retain its historic appeal. Through the 19th and early 20th centuries, the dispensary catered to many patients. This one is worth a visit. Take a walk by and come back next season to see the inside!

Between 1814 and 1816, Fort Mississauga was built on the Niagara River to replace Fort George after its destruction. Used again through the first and second world wars, the fort was also used to train soldiers as part of Camp Niagara. It’s no wonder Fort Mississauga was proclaimed a historic site by the 1960s.

Picnic tables, splash parks and walking trails, what a better way to spend a fall afternoon! Home to the Bruce Trail, the Queenston Heights Park boasts plenty of Niagara wonders to find, like the Brock and Laura Secord monuments, the escarpment, and a scenic background that makes this the perfect place for your fall expeditions.

The Queenston Heights Park offers you over 56 kilometres of parkland to explore. Head over with the kids, on a date, or a quiet afternoon to yourself as you immerse yourself in the trees. Getting back to nature never felt so good! Queenston Heights is the place to go, spring, summer, fall or winter, whenever you’re in the mood for a breath of fresh air.

One of the most exciting ways you can divulge yourself in Niagara-on-the-Lake’s history is by taking a haunted ghost walk.

Expert guides will take you on a journey through the Princes of Whales Hotel, the Gothic Courthouse, and the Olde Angel Inn all while sharing details of their historic past.

To learn about Niagara-on-the-Lakes’ secrets and dark history, book a tour with the city’s Ghost Tours. We guarantee it will be a night to remember!

You May Never Want to Leave

One of the best parts of Niagara-on-the-Lake is the warm, kind-hearted people who live here. Wherever you go, you’re bound to find tourists traversing the streets with lots of locals mixed in.

Niagara-on-the-Lake feels like a page out of a storybook, and the people who live here are always happy to welcome you to their corner of the world. Some might say that once you visit, you may never want to leave.

So, if you find yourself flipping through the pages of Niagara-on-the-Lake real estate listings after reading this article, don’t hesitate to connect with us at NOTL. NOTL Realty is excited to help you find your home.

Surrounded by the historic charm of this region, you’re sure to feel relaxed, refreshed, and comfortable as you settle into your new space this season or simply enjoy what it has to offer on a visit through the town.

If you’re in search of your dream spot, our listings are sure to help you find what you’re looking for. Connect with NOTL Realty today, and step into your new lifestyle in Niagara.